जल डमरू बाजे नाटक की अनोखी प्रस्तुति
Jal Damru Baje by Nirman Kala Manch was staged at Kalidas Rangalaya on 20.8.2015. The performance directed by Sanjay Upadhyay was spectacular in terms of presentation of the horrific tragedy of floods in Bihar. The whole concept of show was extraordinarily bold. The set-design was marvelous. The ground of the set was covered by the real lumps of sands and it was surrounded by the bamboo fittings in great detail. The songs with music was superb. The actors showed their maturity and calibre in immaculate dialogue delivery and body language. The theme of the play seems to be to get down to the nitty-gritty  of the catastrophe rather than storytelling. And the impact of the encumbrance of gloomy scenes could not be mitigated even by the jocular body exercises by a kid character on the sidelines of the stage. 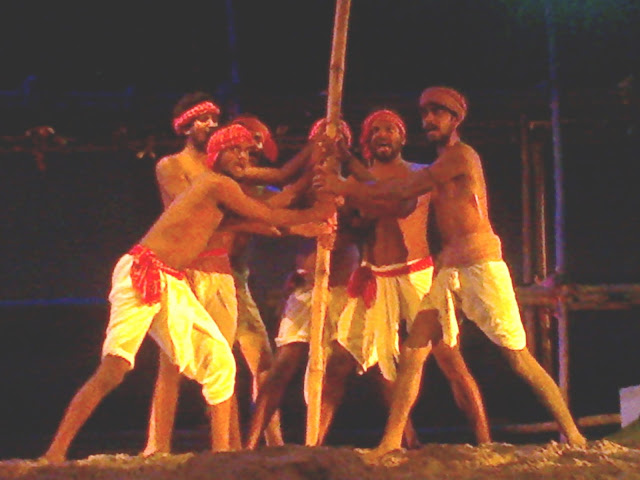 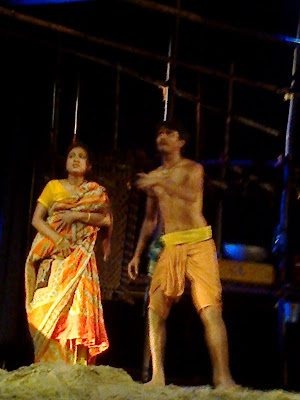 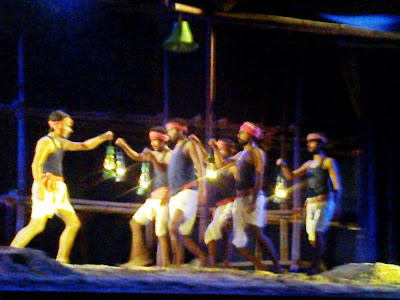 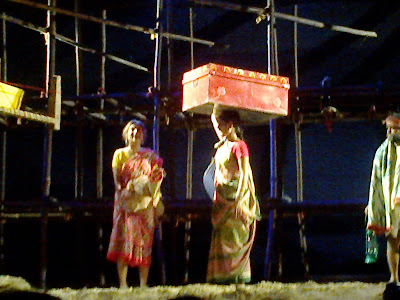 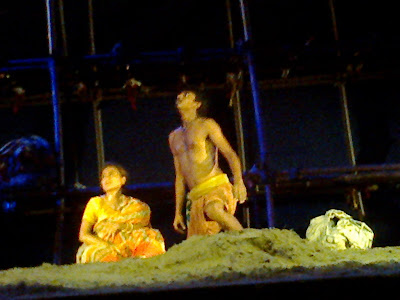 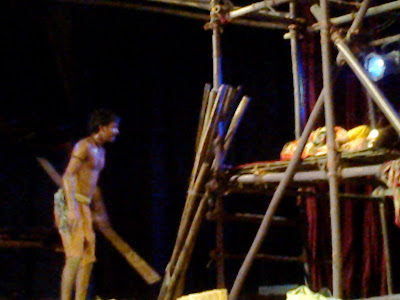 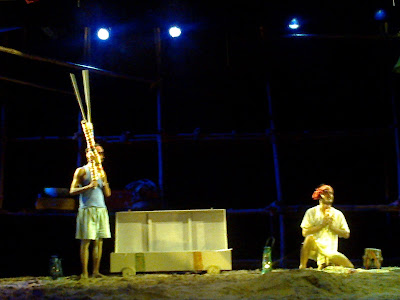 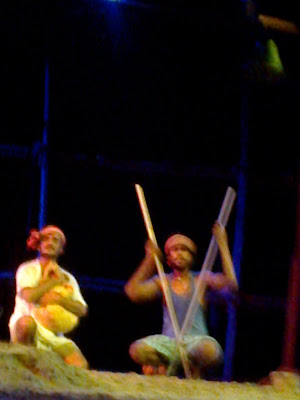 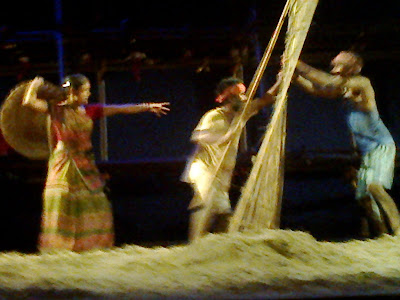 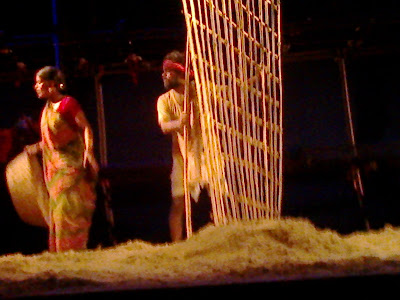 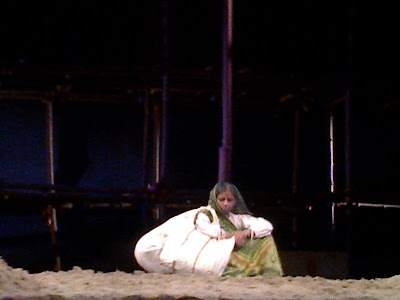 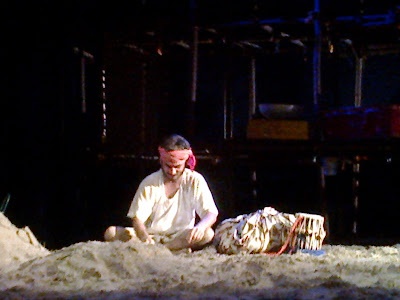 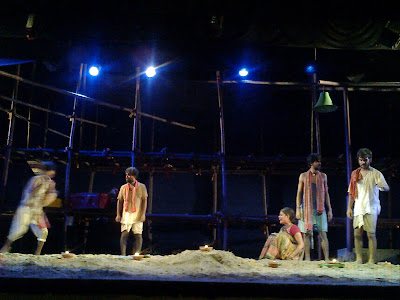 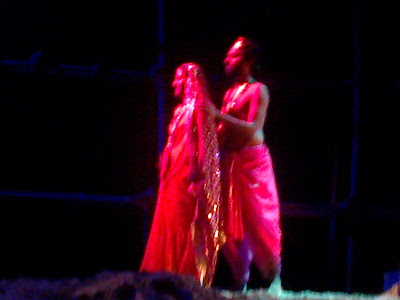 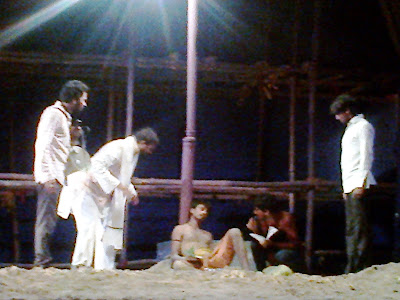 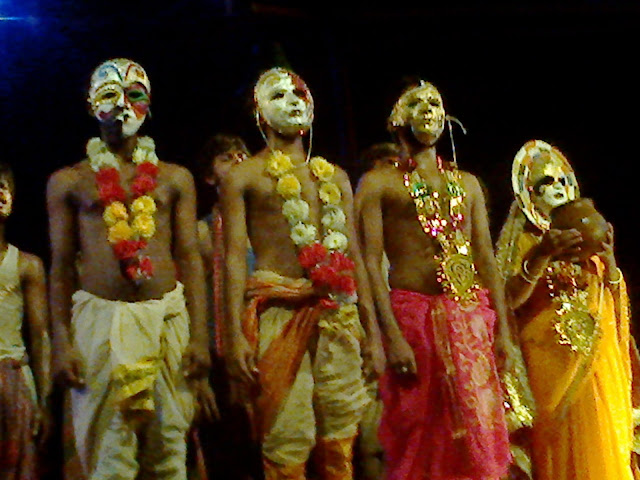 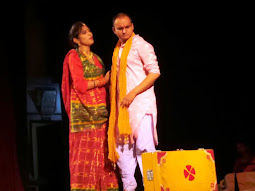